With homeowners demanding energy-efficient and environmentally friendly homes, proponents of a national pilot project seek to take that concept one step further.

Provident Developments, a Bedford company, is one of five Canadian builders chosen to take part in a national initiative to build 25 certified net-zero energy homes in four provinces, including Nova Scotia.

“We had already been involved in other energy-saving projects, so this was a natural progression,” company president John Greenough said Monday in Bedford.

A net-zero home is built in such a way that, in the long run, it will generate as much energy as it consumes, reducing a homeowner’s carbon footprint and utility bills.

The first such home was unveiled Monday afternoon at 70 Aspenhill Court in Bedford. 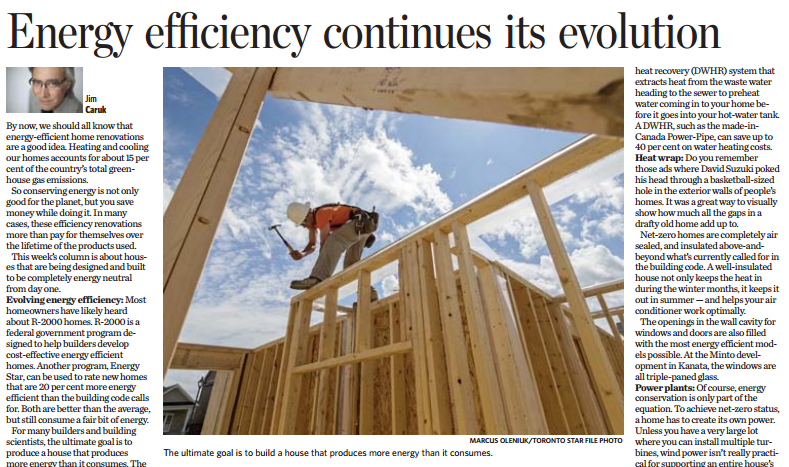